This project involves addressing the safety and operational needs at the Route 41 (Gap Newport Pike) intersection with Route 841 (London Grove Road) in the Village of Chatham in London Grove Township, Chester County.

The Purpose and Need statement is the foundation of all transportation projects. The purpose of this project is to provide a safe and efficient means of accommodating the regional movement of people, goods, and services and to provide for local access connections to support the existing community and businesses in the village of Chatham. The need identifies the key problems associated with the intersection. The problems are quantifiable, are based on fact, and are supported by such factors as traffic data, safety and crash data, and accessibility.

In July 2014, PennDOT Engineering District 6-0 completed a “PA 41 Intersections Study” which evaluated capacity and summarized crash data for the Route 41 and Route 841 intersection. Over half of the 363 survey respondents indicated that they find it difficult to cross Route 41 mainly due to the traffic volumes on PA 41 (196 occurrences), sight distance limitations (167 occurrences), and speeds on PA 41 (151 occurrences). Approximately 39% of the survey respondents indicated that they avoid the Route 841 (London Grove Road) and Route 41 (Gap Newport Pike) intersection. A Road Safety Audit (RSA) was conducted in May 2014 with a multi-disciplinary team made up of PennDOT and Township staff as well as local interest groups. A common concern mentioned during the RSA for the intersection is that it is confusing with the 5-legs. The results of the studies were used in developing the following project needs:

A project goal is to maintain access from Twin Pines Healthcare Center to the Route 841 (London Grove Road) and Route 41 (Gap Newport Pike) intersection. Also, it is a project goal to allow the intersection to accommodate farm equipment, which can be up to 17 feet in width.

The project documents will be made available in alternate languages or formats if requested. If you need translation/interpretation services or have special needs or have special concerns that require individual attention, contact the PennDOT Project Manager. 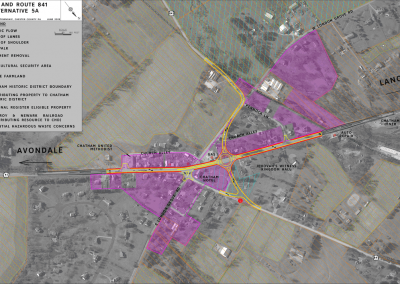 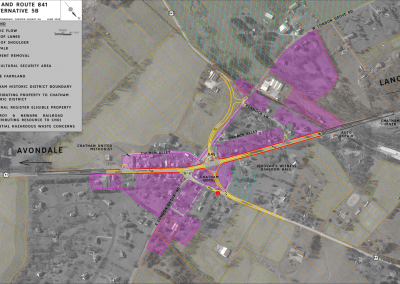 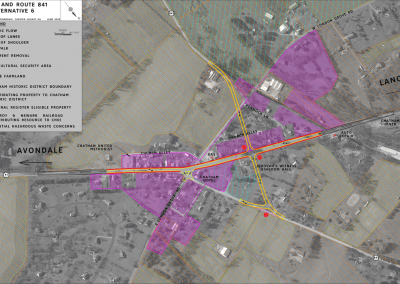 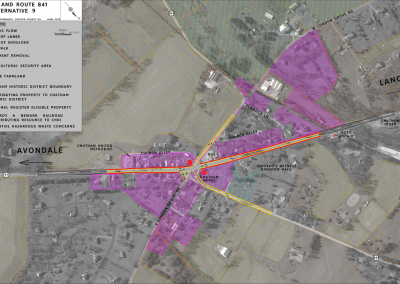 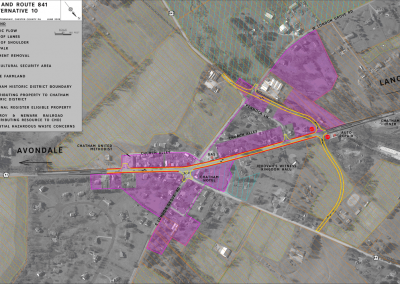