The project also involves the reconstruction and overlay of S.R. 0041 for approximately 1,900 feet and the reconstruction of S.R. 0926 for approximately 1,400 feet. The agricultural land to the west of the proposed roundabout, between the existing and relocated portions of S.R. 0926, will be used for stormwater management, and the existing S.R. 0041 roadway to the east of the proposed roundabout will be vacated and will be replaced with a proposed wetland mitigation area.

Project Schedule and Next Steps

The project’s preliminary design phase has been completed. The environmental document prepared for the project can be found at this link: CE Expert System.

Final design activities are underway and include right-of-way acquisition, utility relocation coordination, stormwater, and waterway permitting. Through coordination with property owners, the geometry of the northern approach to the roundabout was revised. The updated plan is shown to the right. Upon completion of right-of-way acquisitions and environmental permitting approval from the appropriate agencies, the project is anticipated to be advertised for construction.

The project will be constructed in two stages. During Stage 1, the majority of the new roundabout, as well as the western Route 926 approach and the southern PA 41 approach, will be built offline behind a temporary concrete barrier. The PA 41 travel lanes will be shifted onto the existing northbound shoulder, enabling a temporary barrier to be placed along the outside edge of PA 41 southbound pavement.  Route 926 between PA 41 and Route 796 will be detoured during this stage using the detour route shown in Figure 1. In Stage 2, both PA 41 and Route 926 will be detoured using the detour routes shown in Figures 2 and 3. This will enable the remainder of the roundabout to be constructed along with the eastern Route 926 approach and northern PA 41 approach. 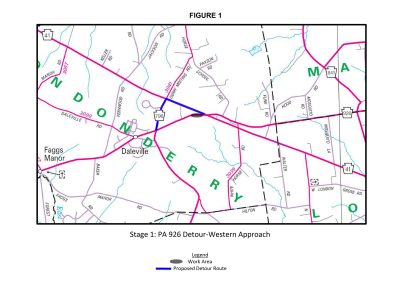 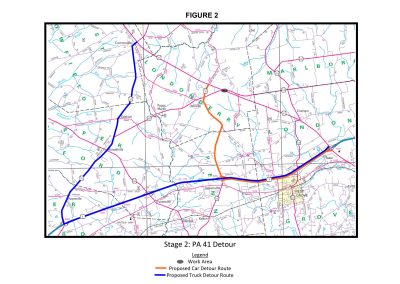 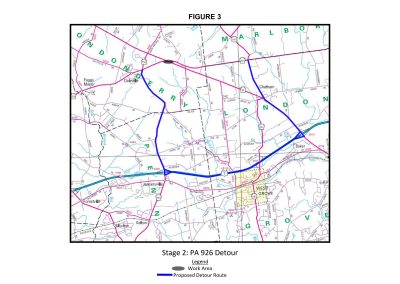 The project documents will be made available in alternate languages or formats if requested. If you need translation/interpretation services or have special needs or have special concerns that require individual attention, contact the PennDOT Project Manager. 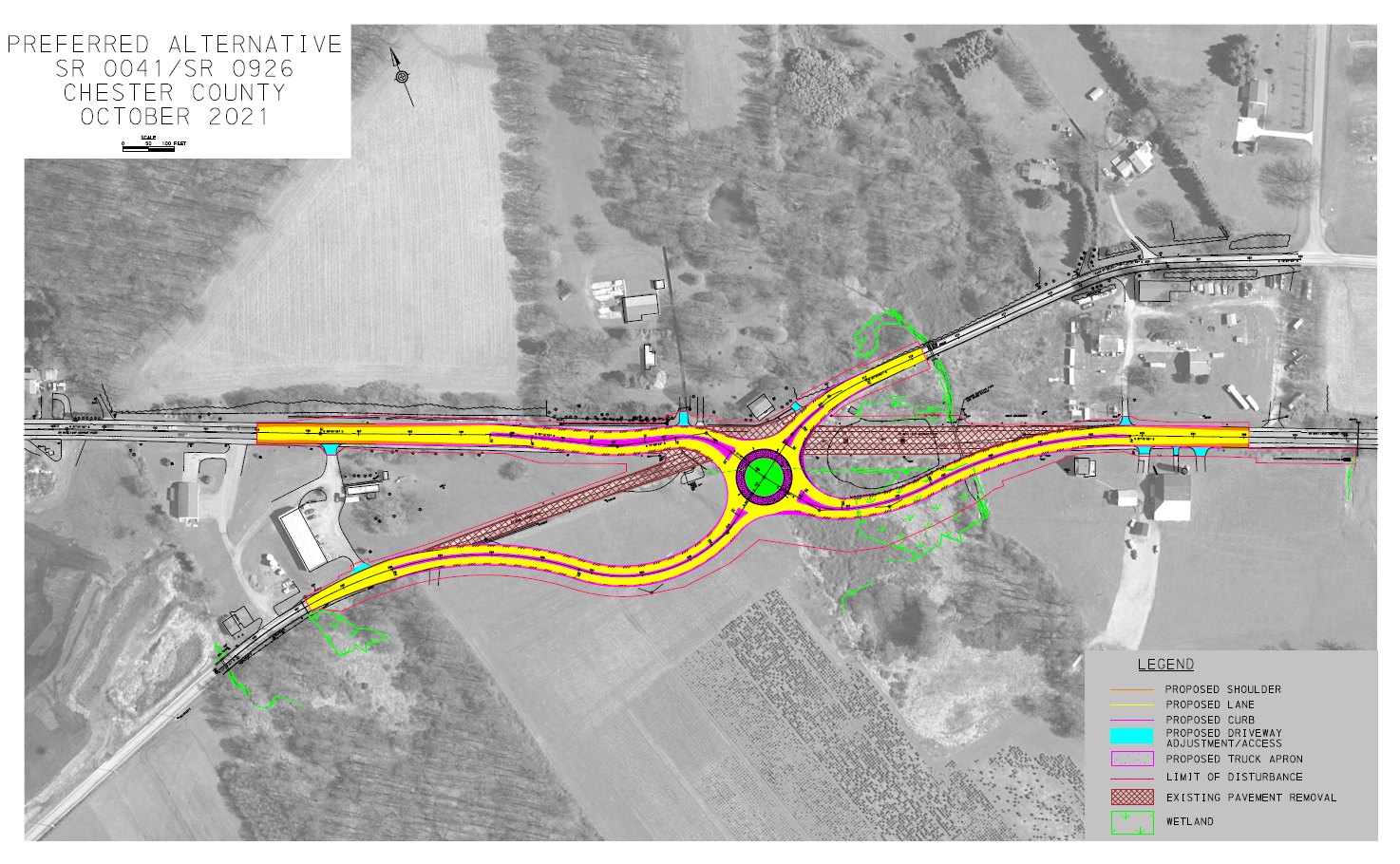